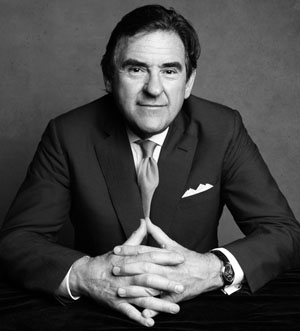 With more than 40 years of experience in the pulp and paper industry, Peter Brant has been the driving force behind the growth of White Birch Paper Company and its affiliate companies since the 1970s. During this time, Mr. Brant transformed BATO Company, a company that his father Murray Brant co-founded in 1941, from a paper converter and broker into a leading newsprint manufacturer. Under his leadership, the company’s annual manufacturing capacity has grown from less than 100,000 metric tons to more than one million metric tons among four paper mills in the United States and Canada, making White Birch the second largest newsprint producer in North America.

Mr. Brant has long been active in support of major museums. He is a member of the advisory council of The Andy Warhol Museum in Pittsburgh, serves on the art advisory board at Hunter College, New York, NY, and is a member of the Department of Modern and Contemporary Art’s Visiting Committee of the Metropolitan Museum of Art, New York.  A former trustee of both the Solomon R. Guggenheim Foundation  and the Museum of Contemporary Art, Los Angeles, in 2013 Mr. Brant was awarded an American Art Award by the Whitney Museum of American Art for his commitment to the arts.  In 2015 Mr. Brant was honored by the New York Academy of Art and in addition, received the Montblanc de la Culture Arts Patronage Award for his commitment to arts and philanthropy.